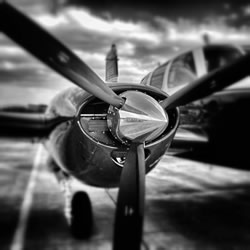 Many of us never give it a second thought, other than the practicalities of booking a flight, or the excitement an exotic break. This article is about a different group of people. A group who have more to think about when booking their holidays, at least they did until they successfully used hypnotherapy for fear of flying.

A fear of flying is no minor inconvenience these days, with many of us flying for work as well as for our holidays. The good news is that you do not have to live in fear of flying, as it can often be massively improved with a single session of hypnotherapy. Sometimes that is all that is needed to fix the problem entirely.

We don’t have any major airports here in Suffolk, although a few well-heeled locals use more exclusive private airfields dotted about the place. However, the nearest major airport to Sudbury is still only about 40 minutes away in Stanstead, Essex.

I’ve had many clients message me excitedly from Stanstead Airport, or after they arrived at the other end, to tell me how differently they are feeling.

The first time this happened was actually after the very first hypnotherapy session I ever did. Sofia (see her testimonial here) phoned me from Gothenburg Airport two days after our session to let me know how massively different the flight had been.

Our single session of hypnotherapy for fear of flying had been a big success, and this is not an atypical story these days. Another client that sticks out in my mind was a man called David, who had been unable to take opportunities within his job because of his fear of flying.

David had a job in middle management. He was fairly well paid, and more than qualified to progress up the ladder, but he kept missing out on promotions because the openings that arose involved flying in to meetings with foreign customers.

He hadn’t realised that you can use hypnotherapy for fear of flying and called because his wife wanted him to give up smoking (a pretty poor motivator to stop smoking, really, but that’s another story!)

During the course of our initial chat we discovered that one of his smoking triggers was career frustration, because he couldn’t travel as often as his company wanted him to. So we addressed both things over two sessions and now he is not only free of his fear of flying but is smoke free too.

In a conversation about six months later David called to tell me that he was in Germany, having accepted a promotion that involved a lot more travel, and he was actually excited to see all these new places.

These sorts of outcomes are typical, and fear of flying tends to be one of the easier phobias to fix, so don’t put up with it any longer, because all you need to do is call someone (ideally me!) and book a session of hypnotherapy.