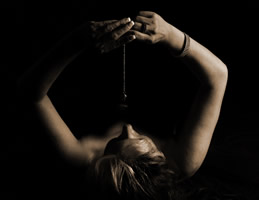 When I talk to people about hypnosis and hypnotherapy, my initial conversation is often just dispelling myths and explaining what this ‘hypnosis’ thing really is. So in this article I hope to cover these topics a little and put you at ease on the issue, maybe even make you curious enough to investigate how hypnotherapy can help you.

Let’s start by dispelling some myths.

Myth #1 You will be out of Control

Nope. As above, you can simply refuse to follow suggestions to tell the truth. There are some reasonable sounding arguments that you may be more inclined to tell the truth in hypnosis, but studies have been either inconclusive or entirely negative.

This is further confounded by the fact that good hypnotic subjects are inclined to agree with what the hypnotist says, so if they asked to confess to something they may actually lie to satisfy this inclination. (Confessions under hypnosis are not admissible in court and have even been the cause of whole cases collapsing!)

Nope. Actually, it’s quite the opposite. Hypnosis is an interactive process, and you must be involved in the process and intelligent enough to understand what is being asked.

The best subjects tend to be of higher than average intelligence and able to trust in themselves enough to relax and go with the flow. Weak-minded people are more likely to be guarded and not to fully engage with the process.

Nope. You cannot get stuck in hypnosis. It can feel so good that you might wish you could get stuck, but you cannot. Nobody, ever, in the entire history of hypnosis, has ever been stuck. Ever. Not one.

Let me preface this by saying that if you ask 10 different hypnotists what hypnosis is then you will get 10 different answers, so this is my personal model and it explains how I approach it in both my clinical work and beyond.

This explanation is the same explanation I give to virtually everyone I work with, and it starts with a simple statement followed by a thorough explanation of what that statement means. So here goes…

I appreciate that this explanation, whilst using very few words, requires some further explanation. So I will break it down and explain each element. Hopefully when I repeat it again below you will understand exactly what I’m talking about.

We all respond automatically to many different things all the time; saying thank you when receiving change, blinking if something moves toward the eyes, the initiation of a handshake.

If you’re walking down the street and someone you don’t recognise waves in your direction, most times you will have an automatic response here too. This response would usually be the urge to wave back, or to look over your shoulder to see if they are waving at someone nearby.

You can choose to ignore this urge and pretend you haven’t seen them, if you want to, but what you can’t do is choose not to have the urge. It’s automatic.

This is the same mechanism that a hypnotist will use to create automatic responses in a subject. In this instance, the suggestion would be the wave and the response would be the urge to do something; but we still don’t have hypnosis yet, as we don’t have intent.

So, if you or I were to walk down the road, waving at random people, just to mess with them, just to create the automatic response, then the suggestion (the wave) is creating an automatic response (the urge) and it is done with intent, so we now have hypnosis!

The only difference between this and the work most people would recognise as ‘hypnosis’ is the context within which we view it.

Hopefully this makes total sense now, but please let me know if you would like to discuss it further. I am a proud hypnosis geek and will happily talk on the subject until you tell me to stop.

But what about trance, and telling people to ‘sleep’?

Did you notice I have not mentioned relaxation, eye closure, sleep, altered states, or anything along these lines? Well, this is because these things in and of themselves are not hypnosis.

So if my suggestion is offering a hand to shake or giving you a wave across the street, then the hypnosis will work as a process, but if I ask you to imagine a point of relaxation, to imagine feeling heavy or light, or feeling dissociated, then the process quickly becomes a trance state.

There are many occasions where a trance state is preferable for hypnosis work, and it certainly looks great for a demonstration, but the trance is the result of the hypnosis, and is not the hypnosis itself; a fair amount of my hypnosis work is done trance-free.

So, without violating my original statement, you can do ‘trance-based’ hypnosis, or you can do waking ‘process-based’ hypnosis. Some people are particularly adept at one of these to the detriment of the other.

Traditionally the people who are more adept at process-based approaches and not so good at trance would be classed as ‘unhypnotisable’. By my definition there is no such thing.

Some people are going to respond to some hypnotic approaches better than others, but when walking down the street being waved at we all react automatically. Therefore to some degree, everyone can be hypnotised, it’s simply a question of what approaches they will respond to, and how these approaches can be employed for the intended purpose.

If the above all made sense, then this is possibly the simplest part of the article for you.

As with hypnosis, there isn’t a universally accepted definition of hypnotherapy, but broadly speaking, hypnotherapy is the use of hypnosis in a therapeutic way.

Sometimes this is as a standalone process, other times it will be a part of a suite of therapeutic tools a practitioner is using. Many approaches fall under the umbrella description of hypnotherapy, but often they include some form of psychotherapeutic approach, and may or may not include trance, direct suggestions and metaphor.

Each therapist will work in a different way, but many use relaxation as a primary tool for inducing hypnosis. Many Hypnotherapists are multidisciplinary too, so you may get to try different methodologies across a number of sessions in order to tackle your issue from different approaches.

Hopefully this article has been of interest and has helped to clear up some misconceptions. Maybe you’re even interested enough to contact a hypnotherapist and ask if they can help you with something. If that’s the case then I wish you the best of luck in moving forward, thank you for reading.