This article tells the story of how I became aware of Borderline Personality Disorder (BPD) via an enquiry for help through hypnotherapy. Since then I have seen a number of other clients with either diagnosed or suspected BPD, with varying degrees of success. I continue to learn more about BPD and hypnotherapy with each client.

It started like this. I was in the early stages of ‘going pro’ with my hypnotherapy business. I had been practising as a part-time thing for some time, really as a hobby that people kept insisting on paying me for. I hadn’t planned to go professional at first but a series of unplanned events created a crossroads in my life and I chose the path I am on now.

I was doing some marketing over Facebook, promoting an event I was organising, a free hypnotherapy taster day. The idea was to get my name about and drum up a little work, see if I could make a living at it now I had decided it was more than just a hobby.

One evening while posting on several different Facebook groups I hear that ‘donk’ sound that says I have a message. I checked the message and it is from a lady I’m going to call LL.

LL was asking if I had ever heard of Borderline Personality Disorder (BPD). I had to admit that I had not. She explained that she had read how hypnotherapy could help, although there wasn’t much research and very few hypnotherapists working with it, so it was difficult to find someone to see.

LL had been on the waiting list for CBT (Cognitive Behavioural Therapy) for over a year. She had been told that the NHS would (eventually) pay for 10 sessions of CBT but that she may need many more than this to really get the problems sorted out. She was feeling pretty desperate to do something, anything, to try and help herself. 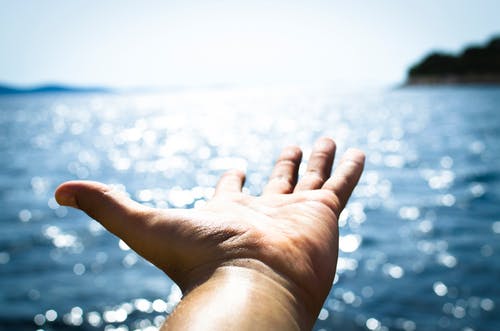 As we all do these days, I got straight on to Google and spent a few weeks finding out everything I could about BPD (which was quite a lot) and about hypnotherapy as a treatment for BPD (which was not very much).

After giving myself the best primer I could, I managed to get at least a basic handle on the answers to basic questions like what is BPD? How did the diagnosis came about? What does a typical BPD sufferer experience? What are typical BPD symptoms? How is BPD diagnosed? What treatments are available for BPD? (Which is not many!) and which treatments are most effective? (Which is difficult to say!)

Ultimately my conclusion was that although all of these questions can be answered to some degree, this is still way under-researched and we don’t really know what it is yet.

The analogy I started to use was that it’s a diagnosis of omission, like IBS – when you have a number of symptoms from a specific list and your GP cannot find out why, then they may diagnose BPD. This analogy of diagnosis by omission has proven to be quite a useful way of looking at it, but more about that later.

One name came up with regard to treating Borderline Personality Disorder through hypnotherapy and that was the name of Gary Oke, so I gave Gary a call and I couldn’t have asked for a better response.

Gary asked me a few questions about my own hypnosis practice and training, to establish my level of skill and find out how I approach hypnotherapy. Once he was satisfied that I knew enough about this type of work he was helpful way beyond any polite obligation.

He talked me through some of his experiences and approaches and encouraged me to help LL, as so few people in her position have someone to turn to. He also gave me advice about time frames, expected roadblocks and possible approaches to them, and many other aspects of helping Borderline Personality disorder sufferers through hypnotherapy; this was all invaluable advice that served me well during the subsequent sessions with LL.

Once I felt I was in a position to help LL, to actually have a plan and to have some confidence in that plan, I contacted her, relayed much of what I had learned and said that we should maybe book a session.

For various reasons, it took a while to happen and by the time it did happen the first session was just before Christmas. I asked LL if she would rather leave it until after the holidays as I didn’t want to lose momentum, but she was keen so we went ahead.

During that first session, we looked at the problem from a birds-eye view and subjectively measured which symptoms were more prevalent and which were least. I asked lots of questions and tried to get as good an understanding as possible of the problem, which is unique for every sufferer.

After talking for over an hour we did the first hypnosis session. The point of this work was to focus specifically on anxiety. Looking at BPD as a diagnosis of omission paid off here for the first time, but certainly not for the last. It allowed me to target a specific symptom that was underpinning the bigger picture.

In LL’s case (and it turns out in many other cases) anxiety is one of the major things BPD is supported and maintained by.

Helping a client with BPD to manage their anxiety can start a chain reaction, a momentum of recovery that makes every subsequent effort more effective, lifting the fear and despair of helplessness, showing the client that there is hope and there are better things ahead.

It also just so happens that helping clients with anxiety is something hypnotherapists do day in day out.

By the time I saw LL after Christmas (3 weeks later) her anxiety had improved significantly and she was keen and hugely confident in what we had started. I couldn’t have hoped for a better outcome from a single session.

The ball was well and truly rolling now…

Obviously I can’t go into details about our sessions but over the first 2 months of the year, I had a further 6 sessions with LL.

At the last session, LL told me that she had made an appointment with her GP to look at coming off her anti-depressant medication. To paraphrase LL, she was only prescribed it because of the anxiety, and she no longer has that so it was time to look at ditching the medication.

We didn’t know it was to be the last appointment at that time; by circumstance, we had had a two-week break since the previous two appointments and it had gone well so we decided to have another two-week break to see how it went.

I spoke to LL two weeks later and she said that she had had such a good couple of weeks that she wanted to leave it and see if she needed any more sessions at all.

Speaking to her recently it seems things are continuing to improve, although life is still difficult sometimes and the possibility of further sessions has not been ruled out. Again to paraphrase LL, she still has dark days but she can spot them coming and has tools available to give her some degree of control over the situation.

One of the difficulties with getting over something like BPD is that all lives have ups and downs, and everyone has hard times and off days, so there is no specific point to which you can pin the label ‘cured’, and it’s difficult to know exactly when the problem is solved.

That being the case, my aim with working with LL has been that life will get progressively easier to cope with until one day BPD is difficult to diagnose, and maybe some time later than that, for it to no longer be an appropriate diagnosis at all.

I know LL still has some way to go, but she has come a long way in just a few months. I’m inspired by her efforts and her achievements and I feel pleased that I have helped her to turn that ship around. Now she is pointing in the right direction I know her efforts can continue to yield positive results.

And I will be pleased to help her further, if she needs it and if I can.

I sent LL a copy of this article for approval before I published it. It was very important to me that I get my facts straight and that LL approved of how I told the story. She very kindly wrote back approving, and asking that I add the following to the bottom of the article.