The verdict is in, the argument is settled, smoking is going the way of the dodo and there are ever greater numbers of people who want to stop smoking. In Colchester alone it is estimated that of the 60,00 who smoked regularly in the 1990s 35,000 have now stopped smoking. 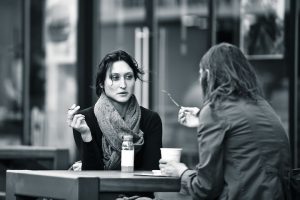 Unfortunately statistics suggest that only half of those people with the intent will actually attempt to stop smoking (in Colchester or otherwise!), and without help less than one in ten that try will succeed in stopping for more than a year.

So, if they want to stop smoking, why are they still smoking?

This is the big question, really. I have been helping people to stop smoking with hypnosis for many years, and I talk to people on the phone about their decision to quit before I will book them in for a session. Two things above all other factors seem to determine whether someone will stop smoking or not, and these two things are belief and desire.

Within a few minutes on the phone I can get an idea of the level of belief and desire someone has for stopping, and therefore how much they are likely to commit to the process. This tells me fairly accurately who is going to be successful, who may struggle and need a little extra support, and who is going to fail. (I offer a one year guarantee, so won’t book sessions with the last group!)

Those who will succeed

These people are not only going to be successful, but they are going to find stopping very easy. They won’t suffer with any withdrawal symptoms and they will walk out of my sessions as a nonsmoker. There will be no doubt in their mind or mine, they will have quit smoking and nothing will drag them back into it.

Those who may struggle

The second group, and actually the far more common group, are conflicted. They really want to stop smoking, but they also kind of want to continue.

They know there are many great reasons to stop smoking, but they are worried they will miss their crutch, or that they have weeks of agony ahead of them before they are free, or myriad other illusory concerns; I say illusory because these reasons really are all illusions, and they all fail to materialise when belief increases to the required level.

I know, for an absolute fact, that even those in this group have a good chance of success, but their chance of success increases with the same degree to which I can increase their level of belief. Knowing this allows me to confidently attempt to persuade them to have as much belief in themselves as I have in them; and I will do everything in my power to move them into the first group.

Those who will fail

These are the people with little or no desire to stop smoking, nor belief in their ability to do it.

I say they will fail as an absolute, but in fact some in this group can still succeed using hypnotherapy to stop smoking. I have referred people in this group to colleagues and they have reported success with some of them. But mostly they have not.

With this group I will often try to bring them into the middle group and reassess the situation.  Most often I will have a good chat with these people about their level of desire and belief, and whether they are willing to commit fully to the process. Most often they admit that they are not ready to stop smoking (yet), and I will ask them to think about our conversation and call me when they are ready.

Why do belief and desire have such an effect?

I’m about to say something controversial now. Belief and desire have such an effect because smoking is not addictive. It is severely habit forming, sure, but it is not addictive in the same way as truly addictive things such as heroin and alcohol.

If it is addictive at all (and I’m not convinced it is) then it is more in line with sugar or caffeine. Someone who stops ingesting these substances will experience some mild withdrawal-like effects, but they are so mild that they can function perfectly normally in day to day life and a simple distraction can take their mind from it, and a few days later they disappear. This is not the case with truly addictive substances.

So that puts smoking largely (if not entirely) in the realm of habit. And when you know something is a habit, changing it is about your desire to change it and your commitment to making that change, and this is bread and butter stuff for a hypnotherapist.

I have built a good reputation in this area by helping people to stop smoking in Colchester, Bury St. Edmunds, Ipswich and even as far as London.

For a no commitment conversation about where you are at in the process and to assess your level of desire and belief, call me on 07967 473691